The IRS Is Coming for Crypto Investors Who Haven’t… 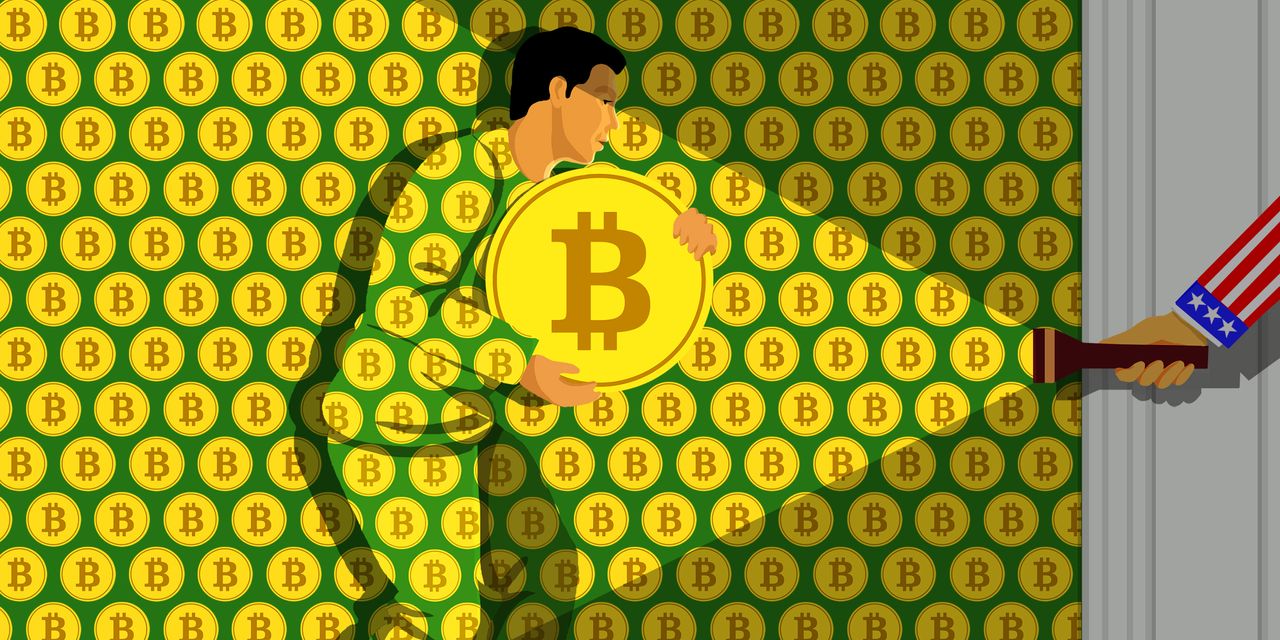 Cryptocurrencies are exploding—and so is the Internal Revenue Service’s pursuit of Americans who aren’t paying taxes on them. With Tax Day approaching, it’s a good time to clean up your act if you’ve been lax about taxes on crypto. Not doing so could compound future tax problems, especially if you have traded a lot or have more than a small stake.

Two new IRS efforts to find crypto tax cheats stand out: In April, a federal judge in Boston approved an IRS summons to the payments company known as Circle and its affiliates, including Poloniex, to turn over customer records to the agency. And in early May, a federal judge in San Francisco approved another IRS summons for records to the crypto exchange known as Kraken. In both cases, the turnover applies to customers who had more than $20,000 in transactions in any year from 2016 through 2020.

“With these summonses and other actions, the IRS is mounting a full-court press to show taxpayers how seriously it takes cryptocurrency compliance,” says Don Fort, a former chief of IRS criminal investigation now with Kostelanetz & Fink. “Taxpayers should take it seriously too.”

The Kraken and Circle summonses are the IRS’s way of getting at information it can’t get otherwise. While brokerage firms have to report many stock sales and other information to the IRS so it can check tax compliance, there’s little to no such reporting required of crypto exchanges currently. This lack of reporting can make bitcoin, ether and other cryptocurrencies attractive to criminals and tax evaders, and the IRS is determined to go after them.

A spokesman for Circle said the company expects to work with the IRS in responding to the summons. A spokeswoman for Kraken said, “We are concerned about governmental intrusion into our customers’ privacy and hope to work with the IRS in a way that protects our clients’ interests. The judge has invited further briefing from Kraken.”

The new summonses aren’t the first of their kind. In 2016, the IRS received approval for a similar summons of the crypto firm Coinbase Global and obtained information for about 13,000 customers. The agency sent letters urging many of them to make sure their crypto taxes were paid, as the IRS might soon take a hard look.

To justify the new searches of Kraken and Circle, the IRS divulged some results of the Coinbase campaign. In court filings, the agency said it has received more than 1,000 amended tax returns and collected $13 million from crypto holders with more than $20,000 of transactions, plus another $12 million from other crypto notices, and audits are ongoing.

Some Coinbase customers have entered the IRS’s Voluntary Disclosure program for taxpayers with criminal liability. This program usually lets participants out of prosecution but imposes large penalties.

The IRS also cited (without names) several taxpayers it has been examining who had accounts at Kraken and Circle. Among them: one person who didn’t report more than $5.6 million of crypto transactions, most from a Kraken account, and another who filed amended returns as a result of the Coinbase search revealing $1.6 million in unreported crypto transactions, some at Poloniex.

When the judge in the Kraken case took issue with the broad array of information sought by the IRS, the agency responded by saying the information received from Coinbase was insufficient to identify 750 Coinbase customers who sold more than $100 million of crypto.

As a result, Kraken may have to turn over phone numbers and email addresses as well as the customer’s name, date of birth, taxpayer ID number, and physical address. The IRS is also asking for funding sources and movements of funds into and out of accounts, among other things. A Kraken spokeswoman said the details of the turnover haven’t been completed. The IRS is requesting a broad array of information from Circle as well.

Download your copy of The Wall Street Journal’s 2021 tax-guide ebook. (Free for subscribers)

An IRS filing also says—ominously for some—that the agency wants to compare the Kraken data it receives with data it has on offshore crypto transactions. It didn’t identify the source of this offshore data.

As Mr. Fort noted, the new searches are only part of the IRS’s current campaign to combat what it thinks is widespread tax cheating on cryptocurrencies. Last fall the agency moved a question about crypto holdings near the top of the 2020 tax return for filers to check Yes or No, raising the stakes for cheaters. It’s also working on regulations to require information reporting on crypto trades akin to what brokerage firms report on their customers, and to estimate a “tax gap” for crypto taxes owed but not paid.

The bottom line: if you’ve gotten a free tax ride on cryptocurrency, don’t count on its continuing. Ignoring the issue could bring a large future IRS bill for penalties—or even criminal prosecution. For those confused by the rules, here are key points.

In 2014, the IRS declared that virtual currencies are property, not currencies like dollars or francs. Often they are investment property akin to stock shares.

If an investor sells crypto after holding it longer than a year, the profit is a typically long-term capital gain taxed at lower rates than ordinary income under current law, although Congress may change this for the highest earners.

If the holding period is a year or less, the profit is a short-term capital gain taxed at the same rates as ordinary income like wages.

Capital losses on crypto investments can offset taxable capital gains on other assets as well as crypto, plus up to $3,000 of ordinary income such as wages a year—a valuable benefit. Unused losses carry forward to future years.

If a worker is paid in bitcoin, then income taxes and payroll taxes or self-employment taxes are likely due.

The IRS typically has until three years after a return’s due date to assess a deficiency, but that expands to six years if income is understated by more than 25%. There are many exceptions.

Sales and exchanges of cryptocurrencies are taxable transactions. If Max swapped bitcoin for dogecoin last year, he likely has a capital gain or loss on his bitcoin. The starting point for measuring the gain or loss is his bitcoin’s purchase price plus any adjustments, called cost basis.

Are you surprised by the IRS actions to collect taxes on cryptocurrency trading profits? Share your thoughts on the matter in the comments below.

And if Margaret pays for a car (not a Tesla)—or dinner for friends—with cryptocurrency, she likely owes tax on the transfer, much as if she paid for the car or the dinner with shares of Apple stock. The transfer is probably also taxable income to the recipient.

These rules mean that crypto is unwieldy for making payments. Crypto advocates want the IRS to allow a de minimis exemption—say of $200 of gain—but the agency hasn’t budged.

Also controversial is the IRS’s stance on actions like crypto forks and airdrops. It has said that if the taxpayer receives something of value, it’s likely taxable at ordinary income rates once the taxpayer controls it.

Keeping good records of crypto lots can be hard because platforms may not be set up for this, says Jordan Bass, a CPA and tax attorney with Taxing Cryptocurrency. He often recommends transferring crypto not slated for sale to “cold wallets” and then moving it to “hot wallets” shortly before a sale, to clarify what’s being sold.

Because cryptocurrencies aren’t technically securities, they aren’t subject to the so-called wash-sale rules. These rules reduce the benefit of capital losses if an investor purchases the security 30 days before or after selling it at a loss.

Mr. Bass often advises clients to harvest capital losses on crypto to offset current or future capital gains. If the investor still is bullish on the holding, she can repurchase it right away.

In late 2020, the Financial Crimes Enforcement Network, a Treasury Department unit separate from the IRS, announced that it may require U.S. taxpayers holding more than $10,000 of cryptocurrencies offshore to file FinCEN Form 114, known as the FBAR, to report these holdings. This rule hasn’t been adopted and wasn’t in effect for 2020, but it’s another sign that U.S. authorities are intent on shining bright lights on crypto’s dark corners.

Write to Laura Saunders at laura.saunders@wsj.com