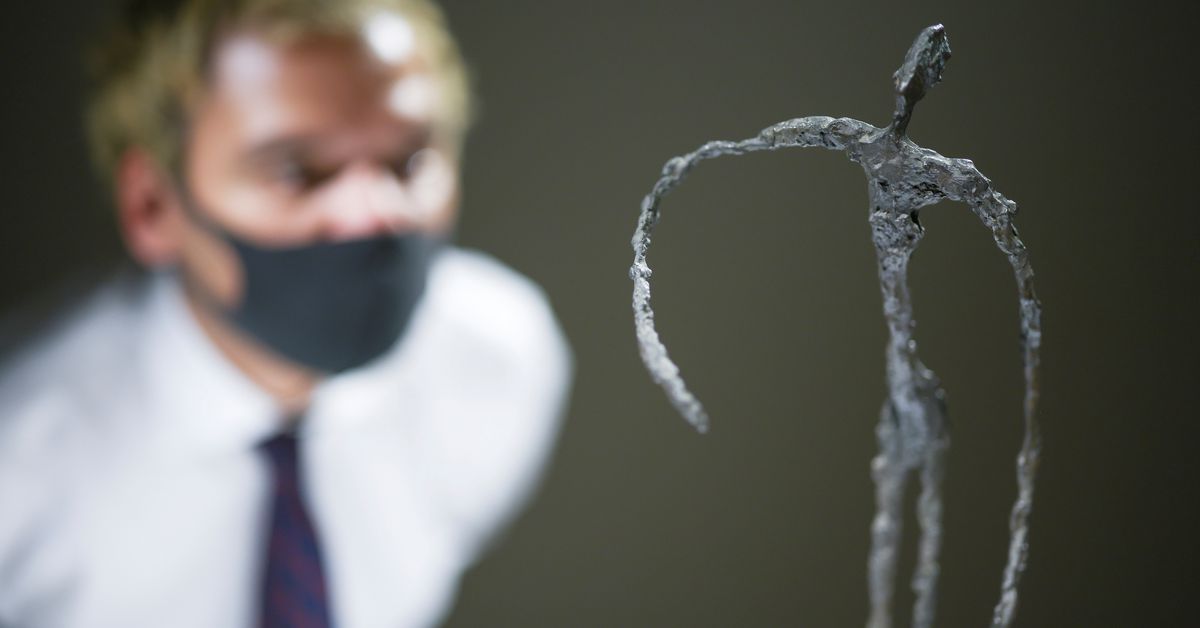 LONDON, June 24 (Reuters) – Art fans can buy a painting by Keith Haring using cryptocurrency at Christie’s “20th/21st century” sale in London next week, where works by Alberto Giacometti, Pablo Picasso and Edgar Degas are also going under the hammer.

The untitled piece, painted in 1984 and celebrating the start of the digital era with the depiction of a computer, has an estimated value of 3.9 million pounds – 4.5 million pounds ($5.42 million – $6.25 million).

The auction house said buyers could make the full payment – the hammer price and full premium – using ether or bitcoin.

“(The painting) is probably the very first example that we see of an artist celebrating the computer … It was 1984 that Apple Macintosh was first launched. So it’s really a piece of history,” Katharine Arnold, co-head of post-war and contemporary art for Christie’s in Europe, told Reuters.

“So the potential for paying in cryptocurrency for the full hammer price and buyer’s premium was something that felt like this was a perfect marriage.”

Other lots in the June 30 sale include “Homme qui chavire”, a 12 million – 18 million pound sculpture by Giacometti as well as Picasso’s “L’Etreinte”, a painting which is seen fetching 11 million pounds – 16 million pounds.

“Giacometti is incredibly recognisable … and this is one of his most iconic works … This specific cast was cast in 1951 when Giacometti is really at the height of his powers,” Keith Gill, head of impressionist and modern art at Christie’s in London, said.

“These casts are incredibly rare. There are only six that are known, this is one of those six. Many of those others are already in museums.”

Hong Kong’s Apple Daily is being stored on blockchain – The Block Crypto
How Non-Fungible Tokens Will Become Part of Real Estate – RisMedia.com