This member of Congress wants to make sure blockchain… 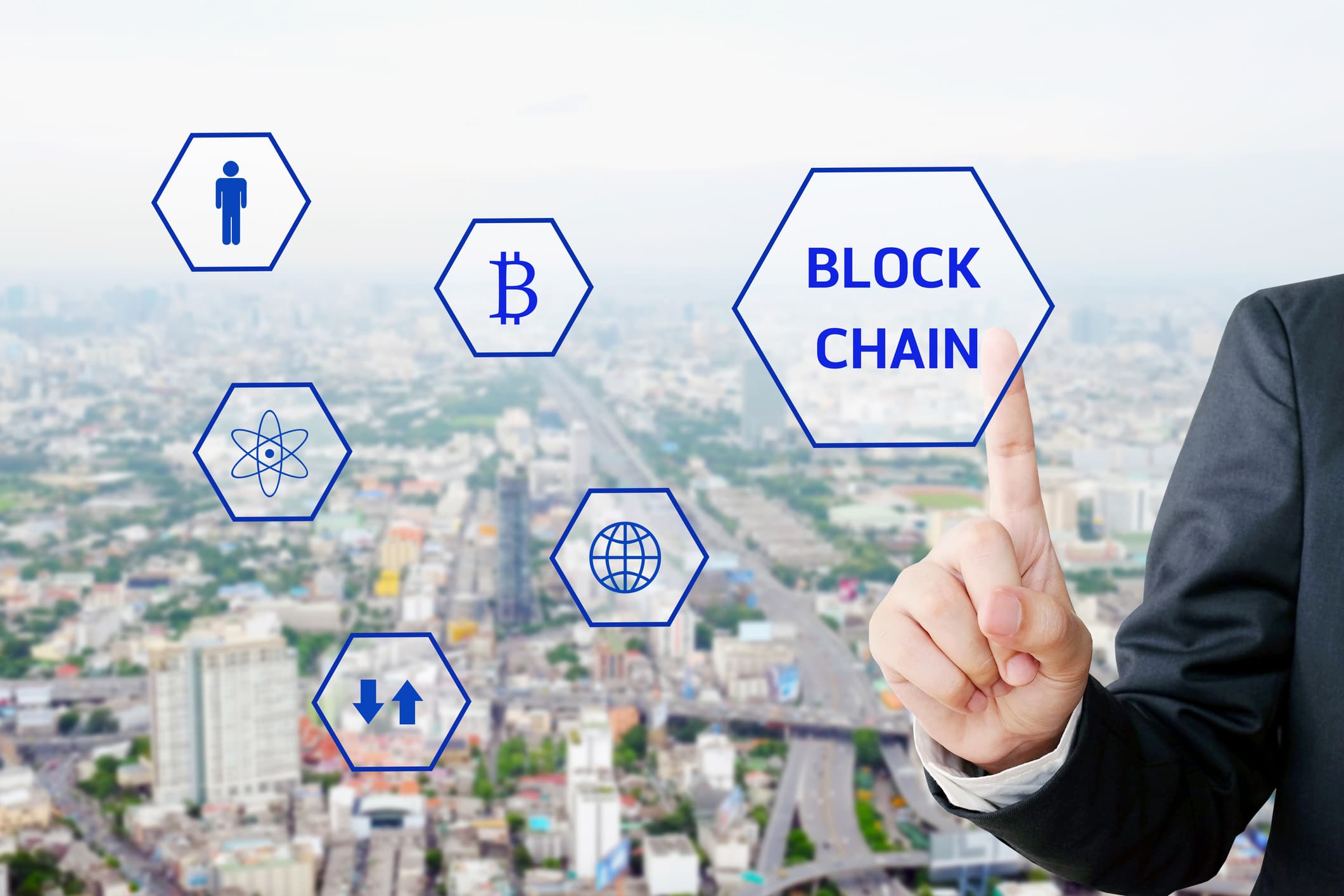 The encrypted ledger technology known has blockchain is slowly making its way into federal agency applications. But in the opinion of today’s guest, too slowly. He’s re-introduced a bill to establish a blockchain center of excellence within the Commerce Department. Now the bill has passed the House. With what it would do and why it matters, Rep. Darren Soto (D-Fla.) joined Federal Drive with Tom Temin.

Tom Temin: Representative Soto, good to have you on.

Darren Soto: Well, thanks, Tom, for having me on. We are in an exciting time in technology in the world with the implementation of blockchain technology, which for all your listeners, it’s essentially a fixed ledger. And what do I mean by that? I mean that once you add information, have a transaction on it, it’s fixed for ever. So when we’re talking about the internet, and the uncertainty of things being erased or amended, you can’t do that. And so it makes an internet communications transactions and so many other technologies, it gives a greater integrity. And that ends up having a pretty significant effect on many different types of applications.

Tom Temin: And is your concern here with the federal bureaucracy itself engaging in this technology for its own purposes? And there are many, many use cases in the federal government. Or are you concerned about federal government expertise with its use in the private sector where things can happen with the cover of anonymity, such as cryptocurrency and ransomware, and so forth, or all of the above?

Darren Soto: Sure, we have several concerns. First, you see China and other rival nations investing heavily in this space. Imagine having research from multiple different data points added in through a blockchain on something like climate change or health care, and then using artificial intelligence to develop some of the solutions, the most complex problems, so we want to be ahead of our rivals on that. Imagine also cryptocurrency, many different currencies being used on the international stage, we want liberal democracies, those who share our values to dominate in this 21st century technology. When it comes to the federal government itself, there’s a couple of things going on. One, anytime you’re trying to regulate a new space, it takes Congress a while to get acclimated to that, it takes the administration and those in various agencies to brush up on that to get more familiar on especially cutting edge technology like blockchain and applications like cryptocurrency that many of us know about. So normally, someone like me, I put forward bills to just establish the definitions and the jurisdiction of various agencies. But that was too quick for the Congress, or the whether it was the Trump administration, or even now the Biden administration, to do that right away. So what do we do? We do study builds and ask the agencies to comment on it and get my peers more confident because right now, cryptocurrency can be one of four different types of assets. That boggles the mind when we’re using 1930s, 1940s financial definitions. It could be a currency, could be a security, it could be a commodity, or it could be a future – so we create a new asset called digital asset eventually. But for right now, the digital techs on the act asks for the Commerce Department to develop a report along with the FTC on the state of blockchain technology and commerce and the ability to reduce fraud and increase security. You had mentioned that cryptocurrency has been utilized in ransomware because it’s a little more anonymous. Now first, you can’t change that transaction afterwards so there is a permanent record of that. But second, it’s not so anonymous. That’s how we got 2 million of the nearly three plus million back from the Colonial Pipeline extortionists, those cyber terrorists out of Russia. So it’s not as anonymous as people think and because it’s fixed, you can’t escape it. And then the other bill, the Blockchain Innovation Act asks the FTC to submit a report on unfair and deceptive practice related to digital tokens to to cryptocurrency. So we’re getting the ball rolling and eventually the goal is to have a blockchain center of excellence in the Department of Commerce and establish these definitions and jurisdiction.

Tom Temin: We’re speaking with Congressman Darren Soto who represents Florida’s ninth district. And by the way, do you have Senate counterpart on this?

Darren Soto: Yes, we have Senator Kyrsten Sinema, and a few others working on several of these bills, they’re not exactly the same, but in the Congress technically don’t need a Senate sponsor, they could just pass the bill outright. But normally, these things are put into larger packages with several bills related to this area, in this case blockchain, so it’s likely that it would be included in a larger package and either sent back to the House or passed independently along with other bills as standalone bills, so we feel pretty good about it. This was a bipartisan bill passed unanimously out of the committee and out of the House. We know when it comes to the future of blockchain technology, which can be used in research and looking at AI like we talked about, it can be used in communications, particularly secure communications, as well as protecting information against cyber attacks. And then yes, the most famous application cryptocurrency as well. So we know we want to double down on our research and ability to utilize this technology to be able to ensure that its liberal democracies, those who believe in equality and democracy, that prevail in the 21st century economy.

Tom Temin: And you mentioned that in promulgating the bill, you did ask for feedback from the federal agencies that would be affected themselves. What are they generally telling you with respect to blockchain and what they’d like to do with and about it?

Darren Soto: So they’re not telling us much in the Congress, yet. There’s been statements generally to the public, particularly from the SEC, and that’s one of the concerns – are they trying to bring in too much into the security realm, which is heavily regulated? If it is a true security, then that should be a part of the SEC has jurisdiction. But if there’s overreach, one of the effects has been as new firms are emerging in cryptocurrency, they’re spending almost half their money on legal because they’re trying to navigate an uncertain legal landscape. We’ve heard a lot from the CFTC, when I was on the Ag committee on the use of it as a future or commodity. And now in the Energy and Commerce Committee, where we have Commerce under our jurisdiction and a lot of this goes through the FTC, we’re starting to hear more back from them on this. But that’s why we have these more formal inquiries through study bills, because then as a matter of law, they have to get back to us and express their opinions. And then we utilize that to develop this final bill to establish these definitions and this jurisdiction to create greater certainty.

Tom Temin: And any other technological issues facing the government that kind of pique your interest besides blockchain?

Darren Soto: Well imagine some of these complex decisions that we face in the government. For instance, when we had to develop a therapeutic for COVID-19. Early on and to develop a vaccine, people may not know, it was a supercomputer that helped us narrow down to about 12 to 14 therapeutics. One was Remdesivir, and then ended up being the first therapeutic approved. If we just utilized the human brain and human brain power to develop that pouring over thousands of different therapeutics, one wonders of whether we would have been able to do that as quick. And that was actually a supercomputer in the Department of Energy, which one wouldn’t think that would be a major factor in developing the first therapeutic for COVID. Because of the speed of what we needed, they were able to narrow it down to provide scientists with a dozen or so therapeutics. And then beyond cryptocurrency, research is so important. When we talk about the Pfizer vaccine or Moderna vaccine, it was decades of developing this RNA essentially immune system upgrade. And then knowing that we could utilize that eventually, after many years of people thinking it was a crazy idea, developing it and realizing that this is the way to upgrade our immune system, in this case for COVID. And it’s because of decades of research that once we had that technology, it took Pfizer and Moderna, just a few months, really a few weeks to develop the vaccine. But then of course, the trials take many, many months to make sure they’re safe for everyone. So you see about how critical it is as we’re looking to the American Jobs Plan and the investments we’re making the research that a lot of these issues that have really saved our nation and created the gold standard for vaccines started with decades of research. So whether it’s cryptocurrency or vaccines or even immunology, which is revolutionizing cancer treatments and making a lot of cancers survivable, another upgrade to our immune system – our continued support of research and technology in the federal government is absolutely critical for our quality of life and dominance in the world stage.

Tom Temin: Democratic Congressman Darren Soto represents Florida’s ninth district. Thanks so much for joining me.

Darren Soto: Thanks for having me, Tom.